What is a Calavera?
A calavera is a poem for Dia de los Muertos that is funny, and jokes about death to bring light to the holiday, and celebrate loved ones. It was developed by José Guadalupe Posada in the 19th century. It is meant to be comedic, and fictional. We also created pictures to go along with the poems that represent what is happening in the Calavera. Calavera also means skull in Spanish.
What is my Calavera portraying?
My Calavera is about a girl that loves to ski. She skis all the time, and she likes to ski very fast. One day she is skiing too fast, and she skis off a cliff and into a lake. It is representing a way that someone like me could possibly die, but it is also comedic. The picture that I made is of a girl skiing off a cliff to go with my Calavera poem. 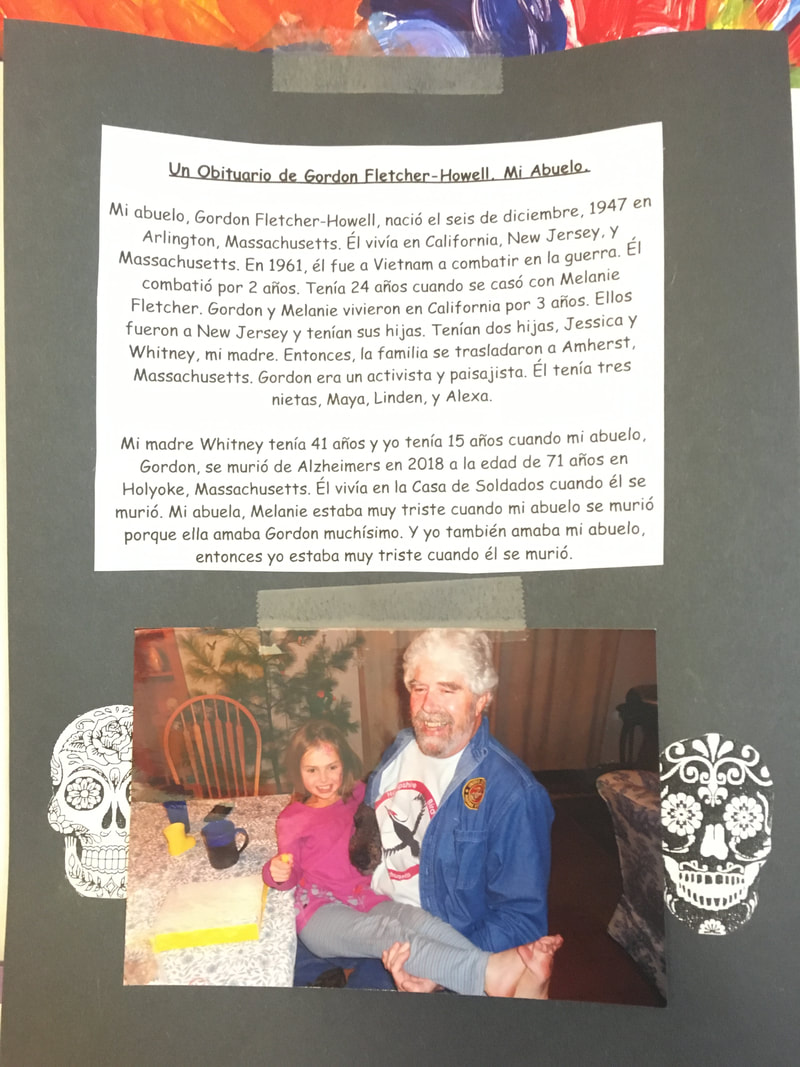 We created obituarys in Spanish about our loved ones who have died to put on an altar for Dia de los Muertos. We used this project to study the past tense, and practice writing with it, and conjugating verbs for the past tense.