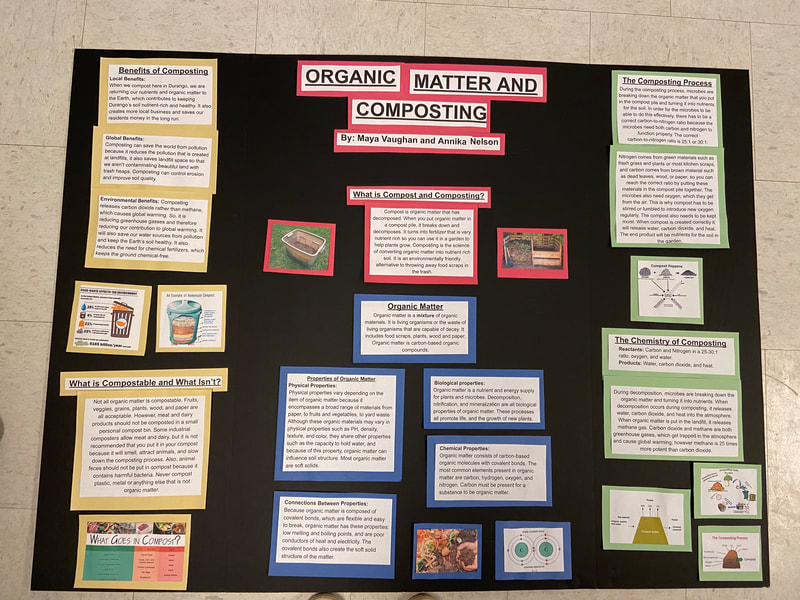 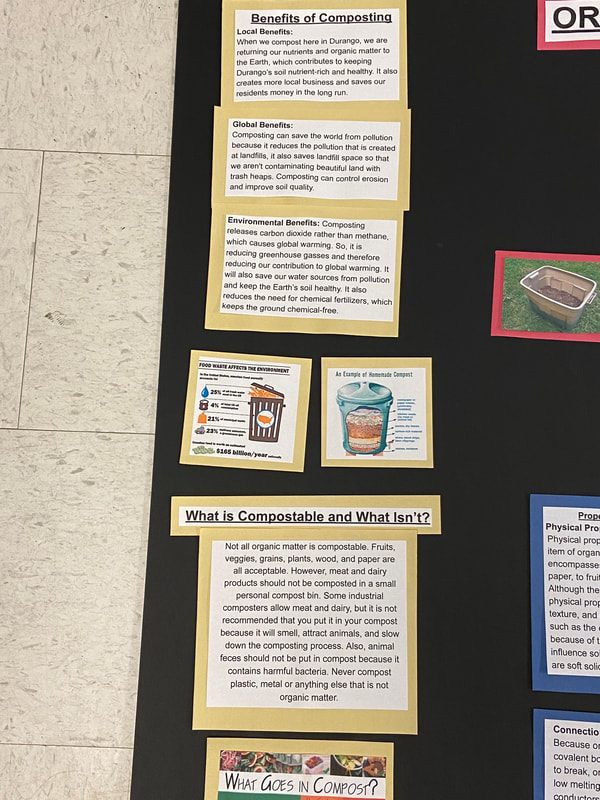 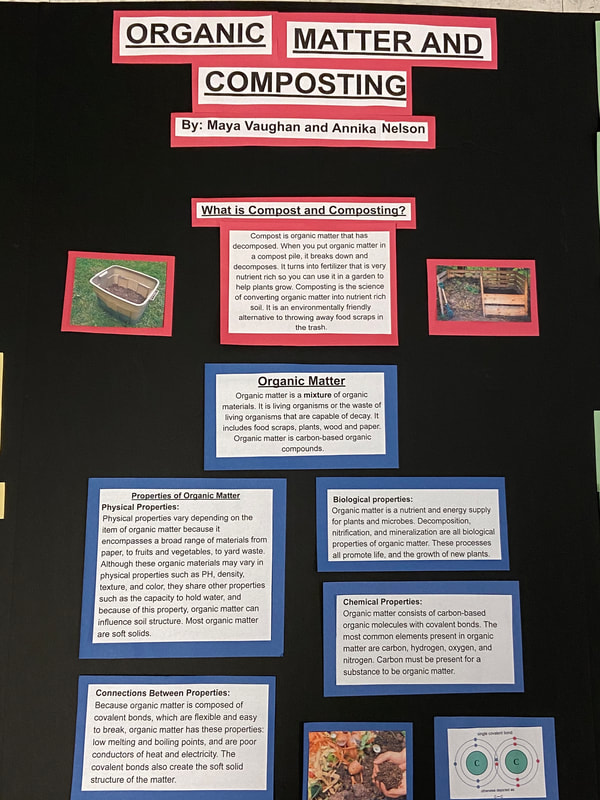 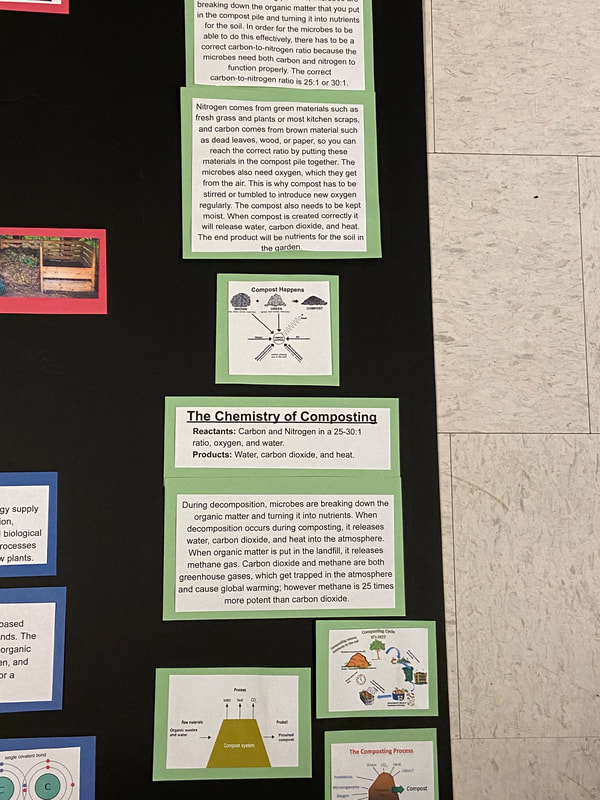 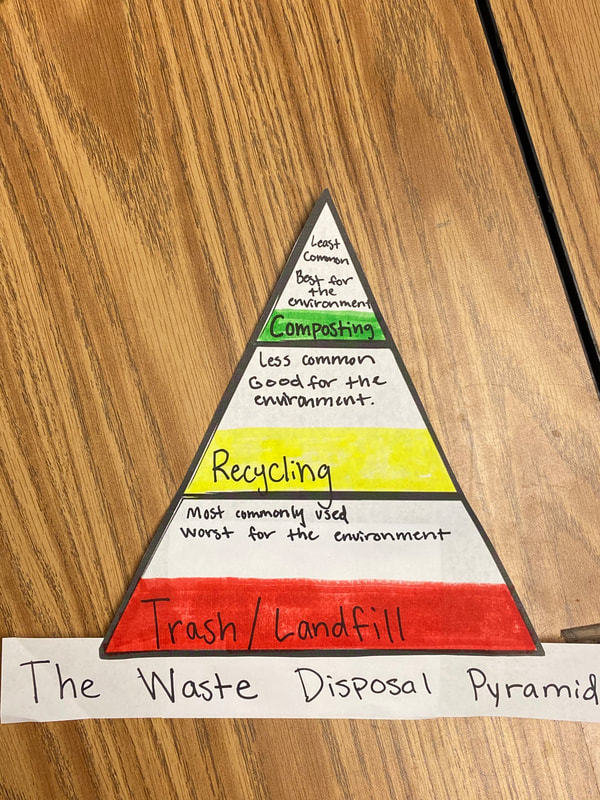 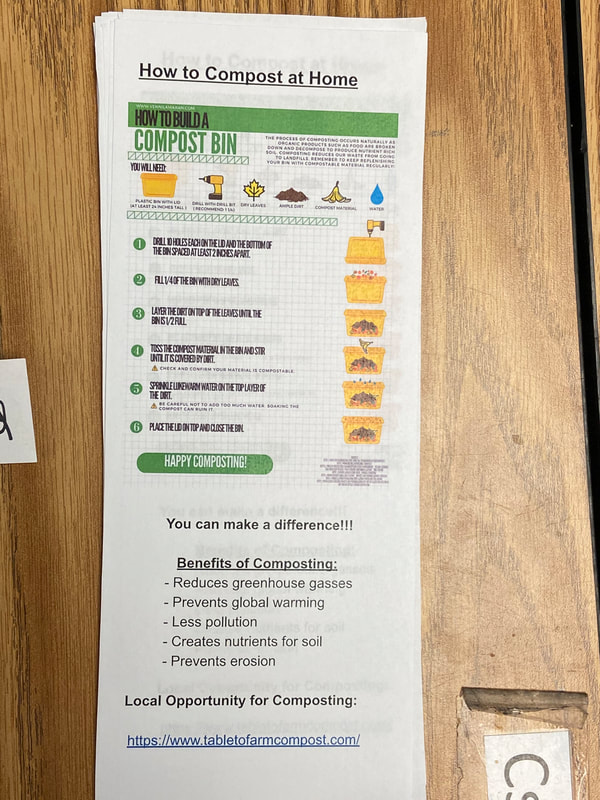 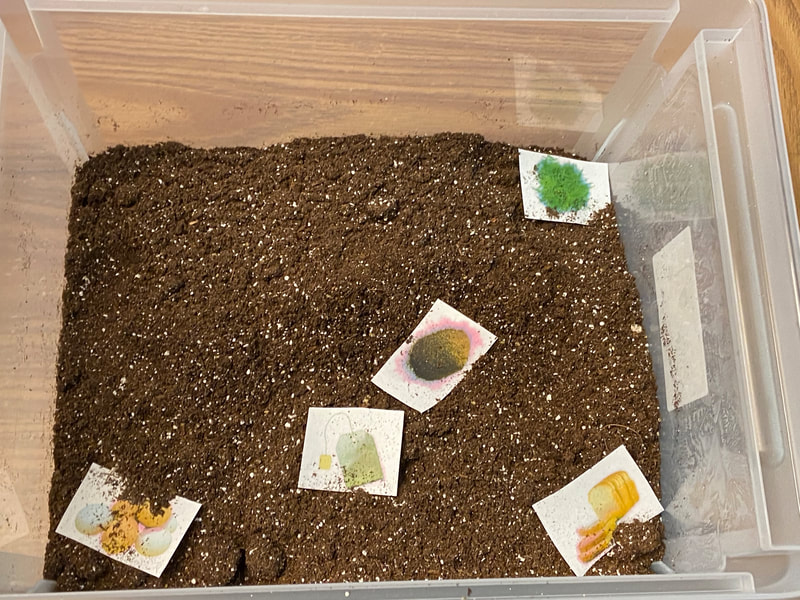 Because the chemical composition of the substance determines its properties, it also decides how the substance will be used, reused, and disposed of. For example, the carbon based molecules, and covalent bonds found in organic matter are the reason food is edible, and soft, and also the reason that we can compost organic matter, and should choose composting over throwing it in the trash. When the carbon molecules in organic matter decompose in a compost bin with adequate oxygen, they release carbon dioxide into the atmosphere instead of methane in the landfill. This is how the carbon molecules in organic matter determine that it should be composted instead of thrown in the landfill.
2. How do the choices we make as consumers (purchasing, use, reuse, recycling, and discarding of materials) impact our local community and environment, and the global community and environment?
In terms of Organic matter, consumers have two options for disposal. We can throw it away in the garbage, or we can create a compost bin to put it in. Throwing it in the garbage is much easier, and simpler, but if we take the time to create and maintain a compost pile, it can have many benefits. If we put organic matter in the trash, it will be sent to the landfill, and there it will decompose and release methane into the atmosphere. Methane is a very potent greenhouse gas that is contributing to the global warming crisis. If we refrain from putting the organic matter in the trash, and compost it instead, it will release carbon dioxide into the atmosphere instead of methane. Carbon dioxide is also a greenhouse gas, but it is 15 times less potent than methane, so composting can greatly reduce our contribution to global warming.
Some local benefits of composting are the local business that it creates, and it keeps the nutrients in Durango’s soil, which keeps our plants healthy. Globally, composting reduces pollution, and saves landfill space. It also prevents erosion because it keeps the soil stronger, and more nutrient rich.

3. What else did you learn through this project?
​Before we started this project, I knew almost nothing about composting. Throughout the project I gained a lot of valuable information about composting such as, how to make my own compost pile, the benefits of composting, the composting process, and the chemistry that is involved in composting. I think that the most important one of these was the chemistry of composting because it really helps me to be able to connect what we are learning in class to the real world, and it motivates me to learn more about it. The project was also very beneficial because at the exhibition, I also got to learn about recycling of many different materials, upcycling, and many other forms of waste disposal. One project that particularly interested me was about turning plastic into oil instead of throwing it away, it was a very unique and informational project.